What is token $NTV Token?

$NTV is the Nativo NFT governance token which will allow holders to make decisions about what the future of this NFT Marketplace should be.
This will allow them to:

In a first phase, at the time of the launch of the Nativo DAO, it will be managed by a council made up by the founding team.

Distribution of $NTV in the community

In the first phase, Nativo NFT users will be able to receive $NTV rewards every time they buy and/or sell an NFT in the marketplace.

Until this time you can not transfer the $NTV Tokens in your NEAR Wallet, even for Stake. This is a period to care the integrity of the $NTV Holders. Mean while you can Farm the $NTV Token in the Nativo NFT Marketplace or trough the Nativo DAO in art contests with the community. 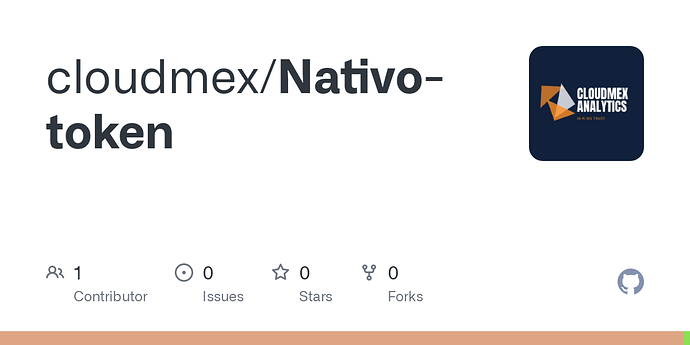 Contribute to cloudmex/Nativo-token development by creating an account on GitHub.

To know more about Nativo NFT Marketplace and the $NTV Token here is all the documentation in Gitbook.

Great job is doing the Nativo.art community running art contest with focused on countries in Latam!

See the listing of NTV tokens to push the Nativo community and gathered artists and collectors around it.